What a busy day we had yesterday. We cruised none stop from 8.00am until 5.00pm with just an hour’s break in the centre of Coventry.

Within fifteen minutes we were off the Ashby and back onto the Coventry canal. What a difference a little bit of water makes. I hadn’t realised quite how shallow the Ashby was or how much harder work cruising is when your boat’s constantly sliding across the bottom. As soon as we hit the Oxford James was far more responsive and far easier to steer.

The first point of interest was Charity Dock at Bedworth. I mentioned the Steptoe & Son style junkyard as we passed on the way out but I didn’t include any photo’s. Here they are. The dock may well be a well known landmark on the canal and worth a photo or two in passing, but I wouldn’t want to live anywhere near it. 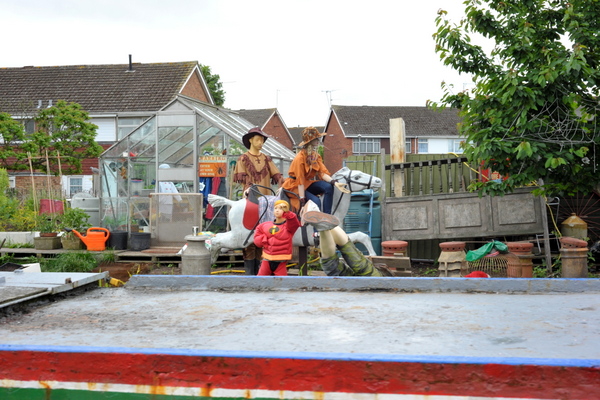 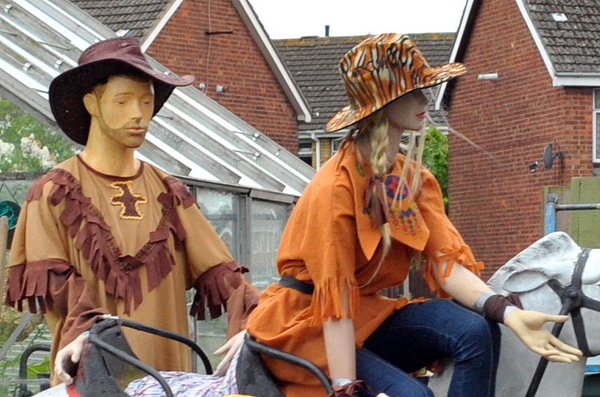 Is it just me, or does the cowgirl look really good in a pair of jeans?

We stopped for five minutes just before Hawkesbury junction to allow Charlie and Daisy to burn off some energy before we headed into the centre of Coventry.

We experienced our first propeller snagging at the first bridge on the Coventry, bridge 11. I don’t know what we hit but there was a loud clang and the tiller nearly jumped out of my hand. I slowed down to tickover until we were away from the bridge. The boat was handling OK so we carried on.

The Coventry canal is shallow. It was as difficult to navigate as the Ashby. At three other bridges on the way in I either hit metal under the water or churned up plastic bags. The engine started to overheat about half a mile before the canal’s end which indicated that there was something wrapped around the propeller. I wanted to moor in the basin before I checked it out so I reduced speed, the temperature dropped back to normal and we carried on.

I’m delighted that we decided to explore this stretch of canal. Once I had accepted the fact that the canal was very shallow and that the less intelligent inhabitants of the city had a fondness for dropping things off bridges, I really enjoyed the cruise.

I know Coventry very well. I used to employ quite a few ladies from the poorer north of the city to work for clients in the wealthier south. I regularly interviewed them in their own homes so I knew that the canal passed through some quite rough areas. Along much of the canal you can’t see the housing at all and in one small section the canal was a riot of colour with stands of rhododendron and laurel and banks lined with yellow iris.

I loved the contrast between the flowers and the fools, beauty and the beast. 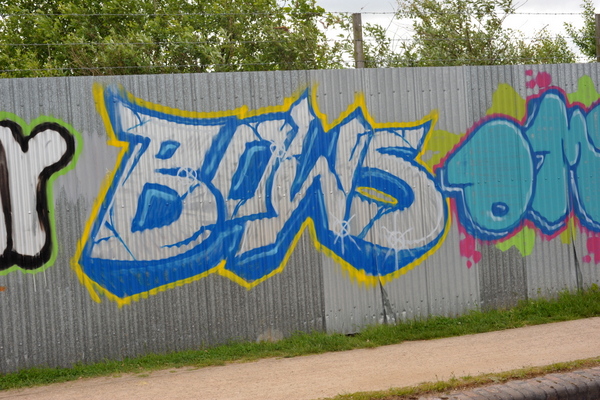 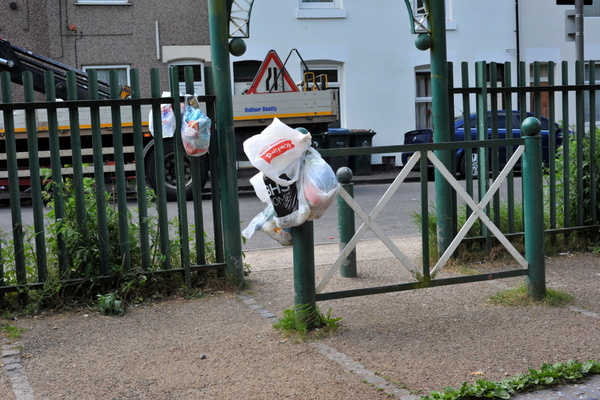 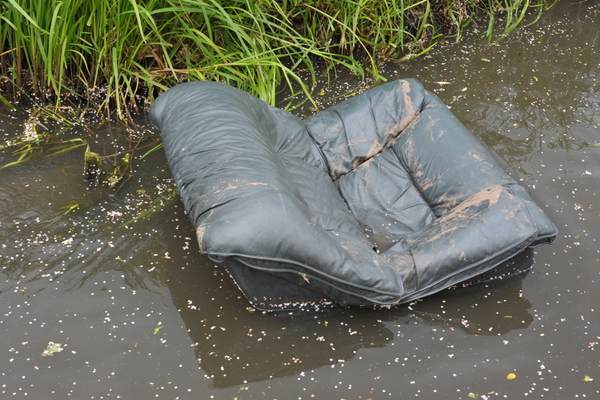 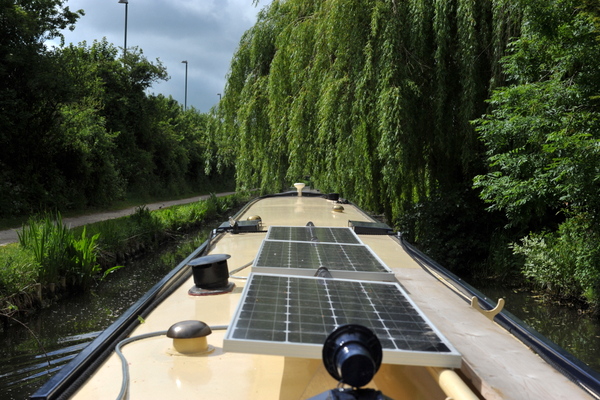 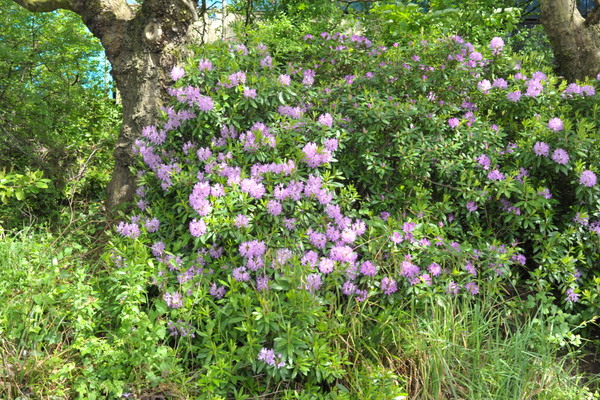 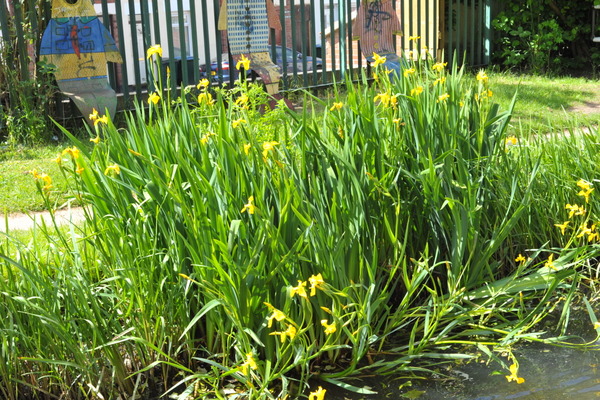 We saw regularly saw bags of rubbish hanging near pedestrian access to and from the canal. They’re put there by young offenders doing community service. We saw a group of three youths, dressed in bright orange bibs, supervised by an older official. All I can say is that, if the offenders put as much effort into litter picking as they did into walking along the canal with attitude, the waterway would be a much cleaner place.

Maybe if the litter pickers but more effort into their work I wouldn’t have had to remove the half dozen plastic bags from the propeller when we stopped.

During the two hour cruise to the basin, we didn’t pass any other moving boats. We had the waterway to ourselves so it was a real shock to see thirty children in canoes blocking the canal as I turned a corner close to the basin. After a few screams and a “Nice boat mister!” they paddled furiously out of harm’s way.

The basin itself was, to me, a real let down. I expected more. The basin itself is just two short catapult shaped arms with enough room to turn where the arms and the canal meet. There were just three boats there when we arrived, two Black Price hire boat and one other private boat. When we returned from our walk around the city centre, those boats had left and had been replaced by a Napton Narrowboats hirer and a fellow moorer from Calcutt Boats. As we cruised back to Hawkesbury Junction we passed just one boat coming in so the total traffic on the canal for the day, including James, was eight boats.

The canal basin is very quiet indeed. We were there in the middle of June. The weather was acceptable. But there was no one about. I don’t know how the businesses there survive. What an odd collection of businesses they were too; a Russian/Latvian food store, a tattoo parlour, Astral Gypsy Ltd (whatever that is) and a cafe with no one in it at all.

The basin is no more than half a mile to the north of the city centre just outside the ring road. The footbridge over the ring road is very odd. It appears to be made of concrete but sways as you walk over it. I thought I was having a dizzy spell.

We had lunch at one of the city centre Subway stores, did a little shopping at a Tesco Express and headed back out of Coventry.

The tactics worked. On the way out we didn’t hit anything under the water and didn’t foul the propeller.

We wanted to find a quiet mooring for the night away from busy roads and railways. The first stretch of the Oxford canal after Hawkesbury junction runs alongside the M6 and then under the M69. We cruised past the motorways and through Ansty to where we hoped to stop overlooking Ansty golf course somewhere between bridges 17 & 19.

The overcast day had become a wet one towards the end of the day. The bank was inaccessible anywhere near the golf course and we edged, in increasingly heavy rain, past bridge 19 and closer to the West Coast Main line. By now it was 5.00pm, the rain was relentless and we both wanted to stop for the night, have a shower to warm up and get something to eat.

Consequently, we’ve stopped for the night at just the kind of place I hoped to avoid. We couldn’t get particularly close to the bank, have to use a plank to get on and off (and have to carry Daisy on and off because she’s frightened of planks) and from the window we can watch trains thundering past every ten minutes.

Even with the noise we both slept like logs. We’re not used to a full day’s cruising. Yesterday we managed 18 miles and one lock. It was a full and very enjoyable day. Although I don’t particularly like Coventry and didn’t get round to visiting any of the attractions while we were there, I’m very pleased we’ve paid the city a visit.