Me and my Morso

So I came down the hillock and headed for Adlington Ellerbeck boatyard (I highly recommend this Boatyard as they do a good job with other jobs done as part of the deal and their pricing is fair compared to what I have experienced elsewhere) and had some necessary work done. I had my ballast re-sorted as the boat listed to one side. The holes that let water off the front deck seem and remain very close to the waterline maybe about 7-10 cm so just a little rocking lets water in which also seems to go out again I wonder how I will be on rivers with proper waves. 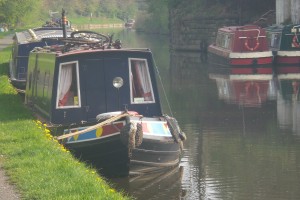 But I also had my engine serviced – which with a mate I did myself…he did more than I and showed me what to do. I had the isolator for the starter battery sorted and I had the Morso moved to the front of the boat and all is now warm…almost like a sauna in here and since its chucking it down outside all my clothes are drying and I’m sitting here hardly clad enjoying the warmth of the Morso. 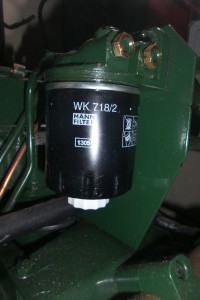 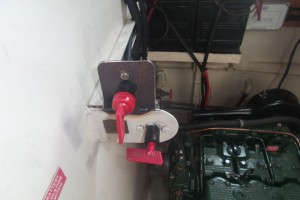 I am now at Bridge 141 on the Leeds Liverpool and have a small flight to do tomorrow and a chicken chasseur in the oven brewing slowly for my tea, supper and/or dinner depending on which part of the country you are from. 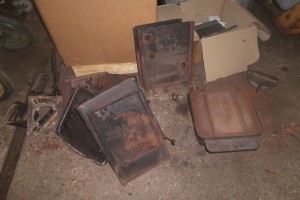 But I was swamped at Andlington…stuck in a swamp…not going on and unable to go back. Swamp gets into the mind I think and

clogs up the marbles and I am happy to have got going again.

Swing bridge 113 and 114 were a bother with 113 having a mooring jetty that crowded the opening of the bridge meaning I had to move the boat right back and secure it by the nose only even then it got stuck under the open bridge and required some considerable messing about to get sorted…obviously not intended for single crew users. Once past the bridge I couldn’t get close enough to moor again because it was too shallow and sort out the bridge…in end I had to leap to the shore, sort the bridge and then leap back again.

114 was no better with a very stupid almost inaccessible route from mooring to bridge bits, then the bridge wouldn’t stay open so I had to rope it open. Getting back after mooring on the other side involved climbing under a barbed wire fence…so annoying and a lot of work for a single crew user.

Not much to report since then though have lots of pics I want to share but alas keep getting an error message…Gannow Tunnel with Fouldbridge (I’m not sure which tunnel it is but apprently for one of them I will need a pilot from the C&RT) not far off and slowly like my barge I feel myself getting into the swing of it again. Weed hatch blues continue with so much rubbish getting caught round the prop – I just find myself more aware of it now by how the tiller feels but have had to clear the hatch twice today.

No plans for each day just take it as it comes…and when I can I will update the journey thus far with pics from Adlington Marina, up Johnsons Hillock again and ever onwards…me and my Morso…

I notice the pump for the water shudders every now and again and a little water is emitted into the shower basin from the pressure release valve…why does the pump do this…will I need a new pump…why, why, why….I am losing about a gallon of water to this event every day as the pump shudders or operates for less than 1 second about every 3-5 mins discharging about 50-200 mls of water each time..I have taken to switching the pump off when I am not running water.