Hi it’s been a warm and lovely day with a few people restoring my faith in the human race. 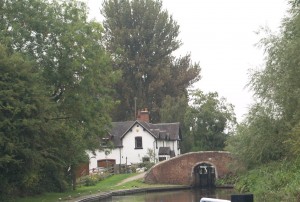 Rudely awakened by the building site, opposite where I moored last night, at 7.30 but hey ho it’s a nice morning. A cup of milky coffee and grapes, yoghurt and honey for breakfast. After which I trot off to Shobnall marina and purchase a couple of the chains with rings on for mooring up. Inquired about boat blacking and he has a slot in November which should suit. Must remember to ring him back tomorrow to book it.

Off up the jolly old cut and Branston lock where a boat was moored on lock moorings but he’d come through and I’m sure he was just getting on board and he went back and opened the gates for me. What a 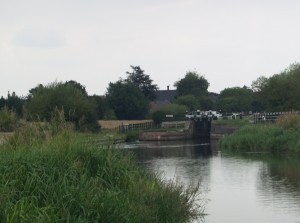 gentleman. I thanked him profusely. Only about 1/2 mile further along and a father with his two kids were fishing and the young lad about 10 or 12 thanked me for slowing down. Some nice youngsters about but we don’t always notice them like we do the others.

Through Tatenhall lock where I was helped by the guy coming down and then down to the noisy part where the canal runs alongside the A38. It’s quite strange how the wildlife and the plants and trees still seem serene, gentle and soothing even though the noise is loud. You can still hear the birds and the ducks just pay it no mind at all. 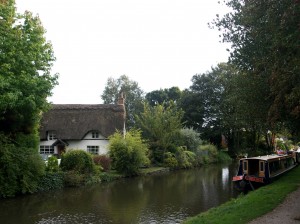 this is the last lock before the river Trent which feeds the lowest bit of the Trent and Mersey. I like the bit after the lock as the water is clearer still. Some nice linear private moorings top side of the lock. Then the dangerously exciting bit as we cross the Amazon river. Oh sorry it’s the Trent and actually not a problem at all apart form me having a blond moment as I’m crossing and had a momentary panic attack as I couldn’t see where the exit from the river was. I shouldn’t really be out on my own.

I hadn’t been under way much more than 3 hours and I could feel myself wanting to nod off. Moored up and went up to the lock and started opening one of the paddles to let the water out and never noticed a boat coming down. Good job he shouted. I just wasn’t with it. Obviously I closed the paddle and helped them through. So remember don’t shout at all the numpties as they 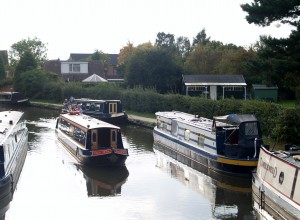 Alrewas is a very picturesque village with some nice and expensive houses overlooking the canal. I found a mooring next to the church and graveyard so should be quiet over night. There are 4 pubs in Alrewas I believe and I’ve sampled the beer in 2. The George and Dragon and the William IV both are nice and friendly pubs. They have a good, proper butcher on the main road through along with a post office and a couple of small supermarket shops. Not a bad little place to stock up if your provisions are low and you’re down to a couple of cream crackers and a sliver of dry cheddar.

That’s it for tonight as I’m tiring now and need to grab a bite to eat and early night. 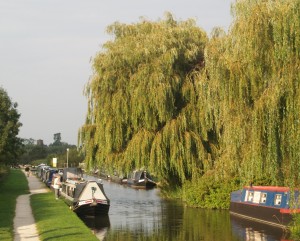